Being fired: The best time in my life

Today marks the 4th anniversary of my termination without cause.

There, I said it.

Without cause. No reason was given. No clinical issues reported. No patient complaints. No medical errors. Without explanation.

When no cause is given, you are left to fill in the blanks for yourself.

But you never come to an answer because ultimately…while there may have been one to the people who did the firing…No one is telling you. There is a cone of silence.

And it hurts. So you turn inward and begin the “What is wrong with me?” self-exploration (ahem..self-deprecation)  that leads to…

Lying in bed staring out the window. Staring at trees. Not eating much. Crying.

Not leaving your house. Answering with short words. Not picking up the phone. Crying.

Throwing rocks toward the woods. Staring at plants. Can’t pet your dog. Did I mention…

The depth of my grief and confusion left me vulnerable, aching, and raw. The time after I was fired was, to this day, one of the worst periods of life.

And, it was one the best.

I had a ton of time after being fired. Ha. Ha.

Just a few days prior, I had been accepted to a Master of Leadership Program at Royal Road’s University, so used my new-found “time off” to dive headlong into the scientific study of leadership and took a critical look at my leadership style asking questions like:

Are my leadership actions in line with my values?

What are my mental models of people in formal leadership positions?

Who don’t I listen too? Why?

How do I participate in change?

What am I not seeing?  Who is not in the room?  At the table?

Here is what I learned…

I love humans.  I have been caring for people since I was a little girl and love talking to them, learning about them, helping them, listening deeply to them, sharing with them, celebrating with them, laughing with them, advocating for, and with them….I love nursing and leadership and I love my patients and my colleagues.

1 = People thought that was too nice.  Too caring.  Too friendly.  Too happy.  Too kind.  And I should try to be less of all of that so that I didn’t get burned out and people didn’t eat me alive.

2 = I had spent 39 years fighting to be seen, heard, and valued because of my multiple differences. I cut my teeth on fighting “the man” and raging against the machine and defending myself, my differences, and advocating for those whose voices had been silenced. I was sexually harassed at multiple jobs and believed that men, especially white men (well, anyone really) in formal positions of power were to be disdained.

I discovered I had come so far from my original, core leadership style by being influenced by leaders who told me to not be myself and I was changed by my lived experiences…

This led me to become a harsh, critical, quick-to-judge, outspoken leader who would attack first and ask questions later.

I was so far from where I knew I wanted to be as a leader.

Was this why I was fired?

I had no idea…I just knew I wanted to live true to my values and celebrate what I loved – people…all people.  And not just the ones I felt aligned with.

The two years I spent after being fired was dedicated to embracing my compassionate leadership style and determining what my leadership lens was. I quickly discovered there was no name for it (that might explain why people told me to be different).  I found many lenses that mentioned love as one part of it (ie. Servant Leadership) but not one was solely based on love.

So…I created something that did.

I researched, developed, and offered the definition and characteristics of Love-Led Leadership – an emerging, but existing leadership philosophy whose characteristics have mountains of evidence supporting them.

When I embraced this as my personal and professional leadership style I became a more engaged, kind, resourceful, respectful, and effective leader.

All it took was embracing the leadership that had been in my heart for my entire life.  I turned my back on the unhelpful “advice” from well-intentioned leaders and reversed my burnout.

Turns out it wasn’t caring too much that burned me out…it was being told not to care that did.

Do you love people but have been told to hold back your compassion because you will burnout?

I call bullshit to that.

My experience has shown me that we can embrace love-led leadership and in doing so, we can reduce our burnout by getting back to what truly matters to us.  Loving people, including ourselves.

And I want you to be able to access that too.

That is why I created The Love-Led Leadership Course and The be LOVE-LED™ Blueprint Course – the first of their kind in the world!

These courses equip you to become confident in your compassionate leadership, strengthen your leadership, establish deeper connections, build trust, goodwill, and rapport while increasing your capacity to build authentic relationships and effective teams.  These courses are offered in The be LOVE-LED™ Bundle.

And… to make sure that we are not isolated in practicing love-led leadership I created The Love-Led Leadership Lab – An intimate, members-only group mastermind.

The Lab is exclusively for emerging and existing love-led leaders who are ready to lean into their leadership in a big way. This is not just another fluffy Facebook Group. This is a high-end mastermind for those seriously committed to being love-led leaders.  It’s the perfect place to discuss your real-time leadership issues, share your progress, celebrate wins, and sift through the unhelpful leadership “advice”.

You can check The Bundle and The Lab out here 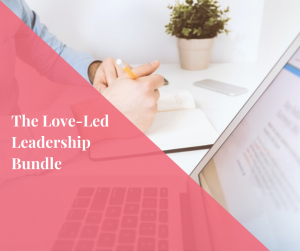 Yep.  Being fired was the best time of my life.

The resiliency that I gained from leaning into love-led leadership has transformed me.

How is it that I missed something so simple? 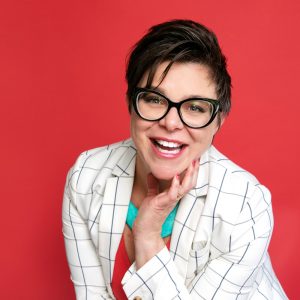 Sheena is a proud positive deviant, status quo questioner and change agent. Sheena uses love-led leadership and the be LOVE-LED™ Framework in mentoring, coaching, and consulting emerging or existing leaders to move themselves, their teams and their organizations toward positive change. She has seen love-led leadership actions reduce and reverse the cycle of fear, shame, blame, and guilt that create burnout and imposter syndrome.  Sheena has witnessed the devastating effects when love-led leadership isn’t used by leaders and never wants to see that again. She is the Founder of The Global Love-Led Leadership Movement which strives to share love-led leadership around the world and connect other love-led leaders with each other for networking and mentorship.

Want to know more about love-led leadership and how to apply it in a healthcare or educational setting? Ready to declare yourself a love-led leader but want the evidence to support you to do it?

To be the first to know when “Love-Led Leadership – The Beginning” online course is launched in SPRING 2020 fill in the form below: 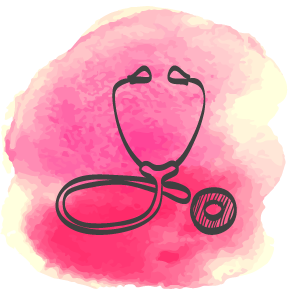 Get on the waitlist

Solution 2 The Balm for Burnout Package